There's nothing more thrilling than getting scared out of your wits on Halloween, and nothing scarier than a good horror game. With Halloween here you're spoiled for choice when it comes to horror games. Disturbing or scary, spooky or unsettling, you can find whatever you're looking for. But just in case you can't decide, or don't know where to start, we made this list of horror new and old to get you into the Halloween spirit. All of these games are available on the PS4 and all but one are available for Xbox and PC as well. 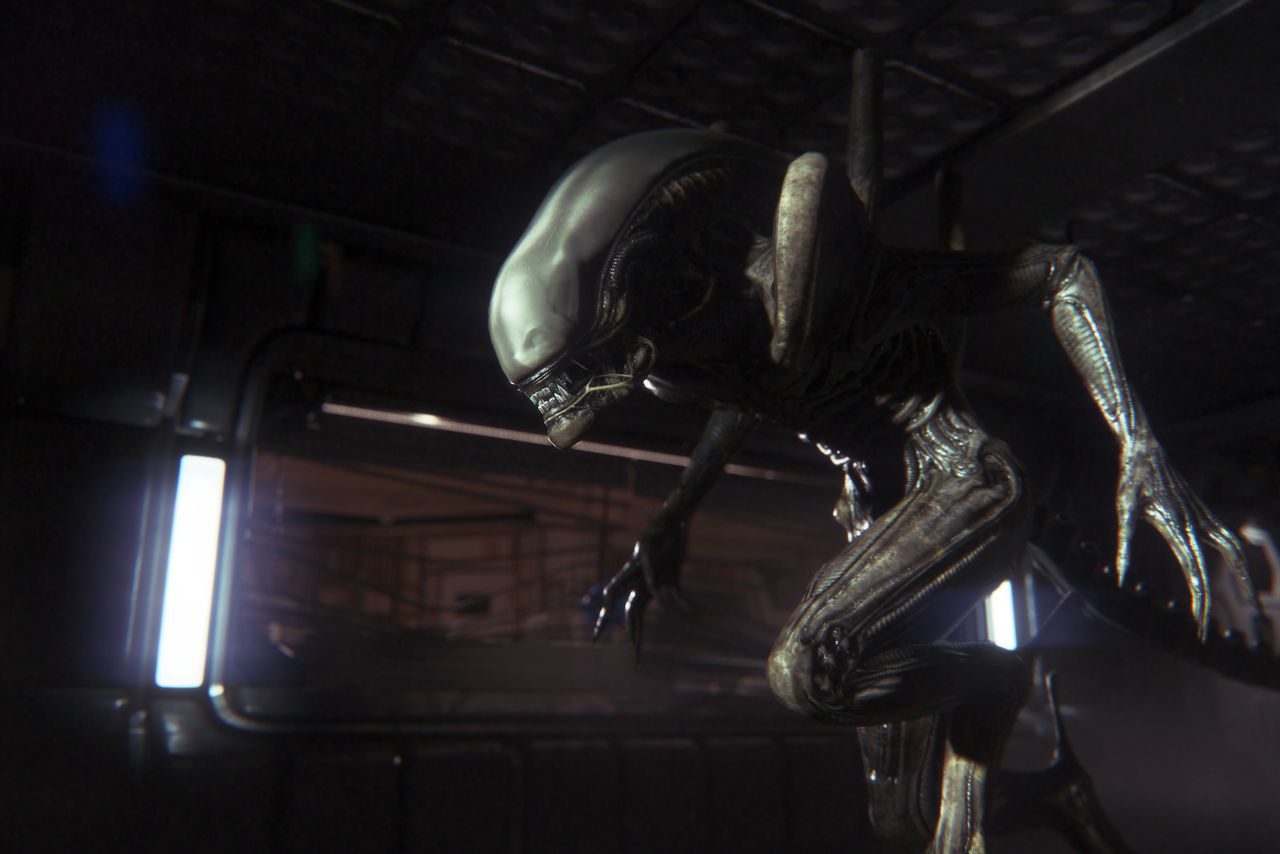 Alien Isolation
This game took gamers for a frightening ride when it was released back in 2014. A game set in the universe of 1979's Alien (as well as a sequel to its story.) it contains one of the fictions most infamous monsters: The Xenomorph. In this game you play as Amanda Ripley, daughter of Ellen Ripley the protagonist of the original movie and must survive on a damaged spaceship filled with murderous androids, panicking humans and, of course, the Alien itself. With a major emphasis on distracting your targets and avoiding them this game makes you feel truly trapped on this broken ship with an unkillable monster. To make matters worse the AI of the xenomorph itself will adapt to your strategies and learn from your tricks, so you can't rely on trowing noisemakers forever unless you want to end up as Alien chow. Available on most modern consoles and PC this is a must-play for any sci-fi horror fans this Halloween. 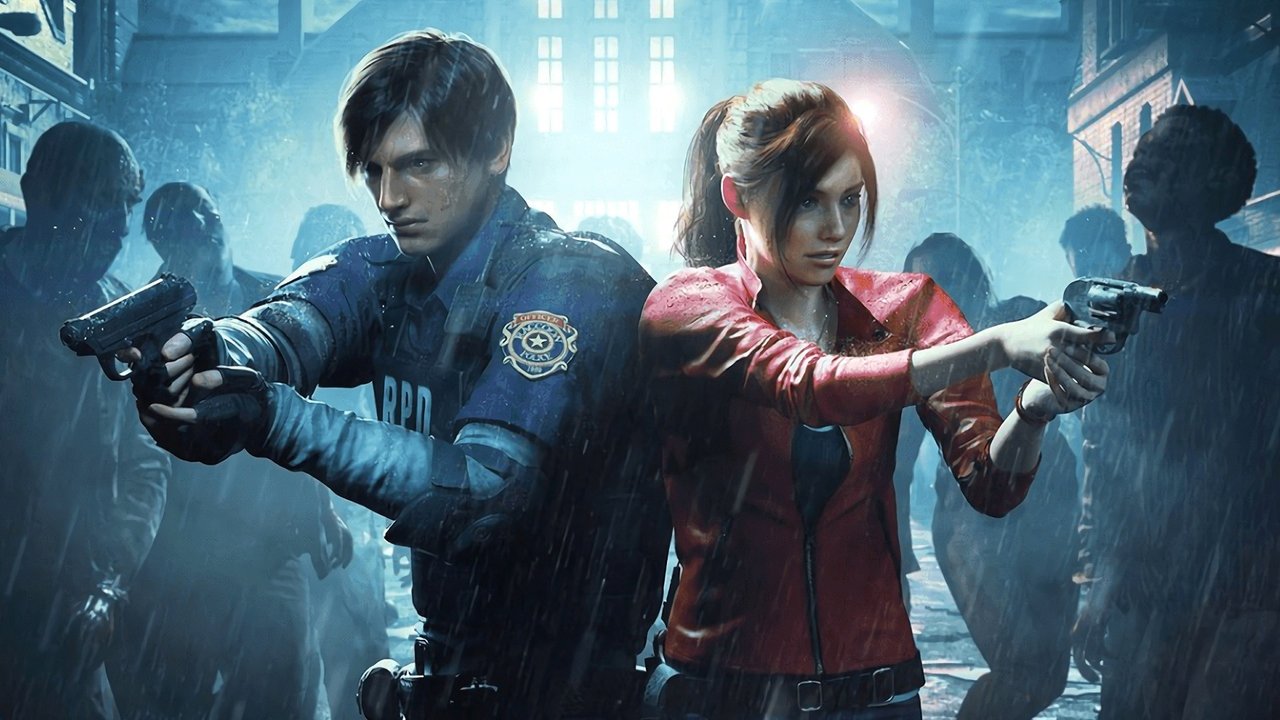 Resident Evil 2
While the remake of Resident Evil 3 came out this year and deserves praise for continuing this long-running franchise the remake of the second game deserves special attention. A reimagining of the 1998 classic, this zombie horror game stands out from the crowd for two major reasons. The first being its character selection, once again players step into the boots of Leon Kennedy and Claire Redfield as they attempt to survive the outbreak of Raccoon City. But it's not only your garden variety zombies out for a piece of our heroes, but there is also the terrifying Mr X. Mr X is a bioweapon created by Umbrella Corp, (The antagonists and creator of the G-virus in this game), and will stop at nothing to kill Leon and Claire and prevent their escape from the destroyed city. Along with horrible mutations like Lickers, Ivys and other G-Virus bioweapons players are sure to be kept on their toes and count every bullet they spend. Did we mention
ammo is limited? Have fun! 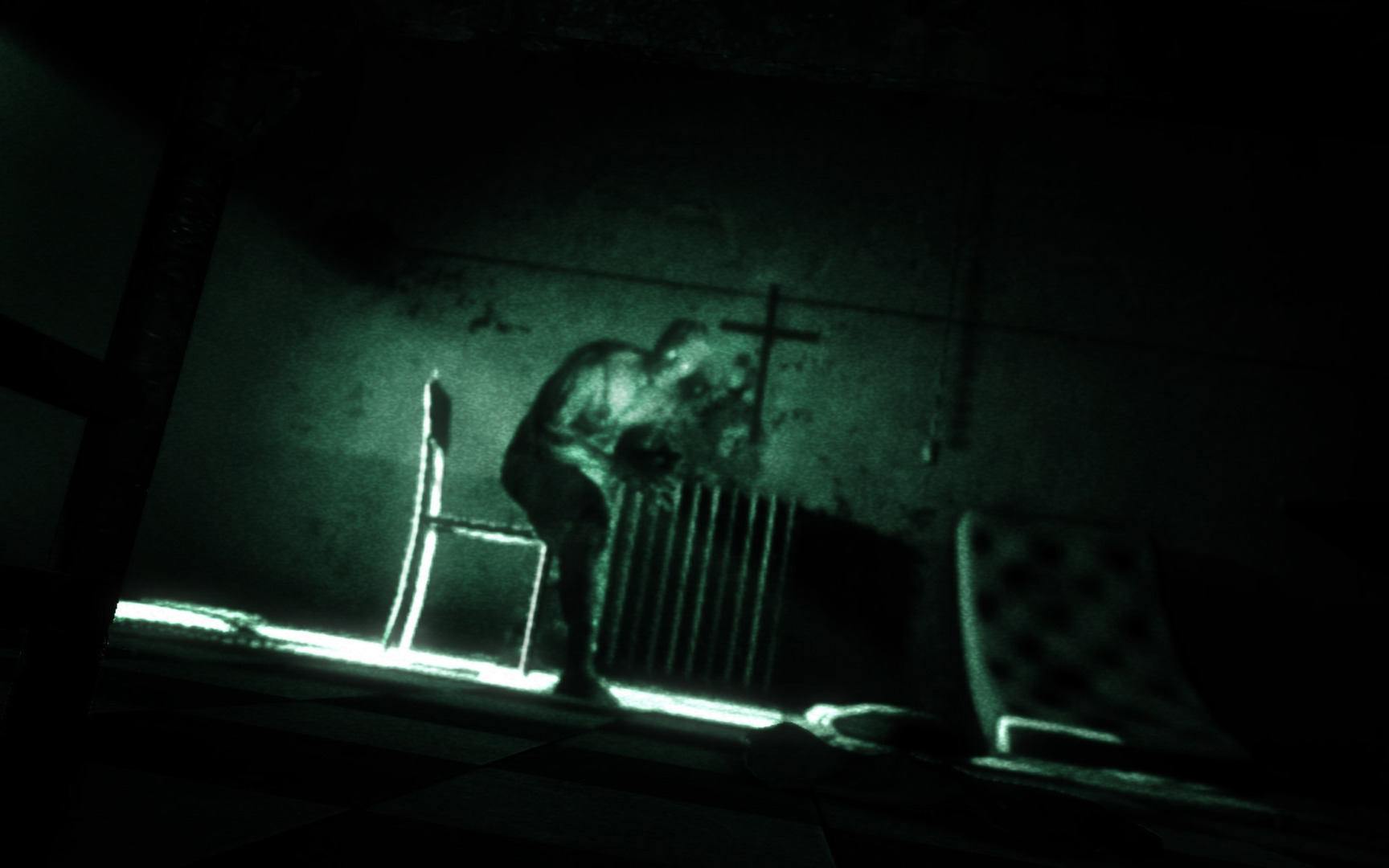 Outlast
Nothing is scarier than being stuck in an insane asylum with violent criminals and no way to defend yourself, right? Wrong. In Outlast the player takes the role of Miles Upshur, an investigative journalist who receives an anonymous email urging him to check out the Mount Massive Asylum. Upon entering it is incredibly obvious to the player that something is very wrong. Quiet, empty rooms and pools of blood are common sights in the opening moments of this game. That is until Miles finds a soldier impaled, choking out warnings and a tidbit of advice the player must follow to survive: Hide. While many would write this game off as a "walking simulator" the use of Miles' camcorder is what makes Outlast stand out from other games that share similar styles. Obviously, in the middle of the night, it gets dark especially as one venture through the asylums abandoned halls, so the only choice the player as is to use the night vision option on their camcorder to see through the darkness. This adds an unreal level of tension as batteries are limited and psychopaths hide in the dark just as well as you do. Without your camera you're even more miles up shore without a paddle then you already are in this asylum for the criminally insane. Can you find out anything about what happened at the asylum? About the rumours of experiments and the mysterious
notes mentioning something about "The Wallrider"? Outlast reinvigorates that fear of the dark you thought you outgrew a long time ago. 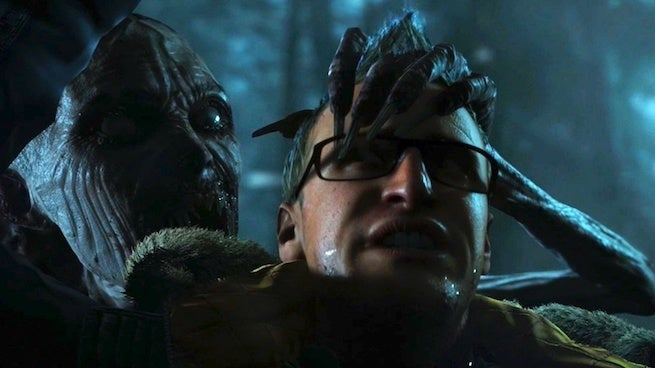 Until Dawn
Once again this isn't the newest game made by Supermassive Games with their release of Man of Medan, however Until Dawn made the concept
of an interactive horror movie popular again, and is well worth the time to talk about. Set in a cabin in northern Canada a set of horror cliche characters all gather a year after the deaths of two girls, the two sisters of the guy inviting them over to forget the past and have some fun drinking and partying! Soon after arriving it's obvious there is tension, anger and guilt among our protagonists and they are fast to bring up their worries for their grieving friend, but this doesn't continue for too long. Soon the group separates each to do their own things and that's when the horror begins. Finding heavily wounded animals, newspaper clipping detailing an insane criminal loose in the mountains, it becomes very clear very fast that this will be a night to remember for our cast. A stand out aspect of Until Dawn is it's "Butterfly Effect" and "Totem" systems. Each decision in Until Dawn has the potential to prevent, or cause, the death of a character. By checking every clue and following the visions shown in the totems founds strewn throughout the area the player can either make sure these kids survive until dawn or kill them all. Until Dawn is a wonderful addition for any Halloween gamers list
as it is just as much fun to watch as it is to play.

What kind of horror do you enjoy? Do you enjoy a gory slash-fest? A disturbing psychological horror? A cosmic sense of hopelessness before a cruel uncaring world?

This shortlist is only a drop in the ocean of horror, so we urge you
to check out not only these suggestions but to also look around for anything that catches your eye.

No matter how you get your scares we wish you a Happy Halloween and hope you enjoy it!